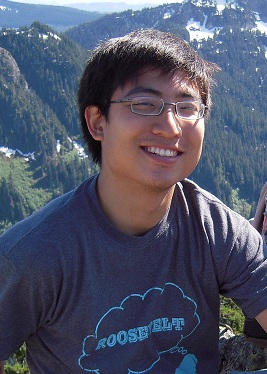 Ken Chen performed his dissertation research in the Department of Genome Sciences under the mentorship of Dr. Matt Kaeberlein, one of the world’s leading authorities on the biology of aging. Ken’s project was multidisciplinary, encompassing both bioengineering and genetics. He studied yeast, an established model organism for investigating aging, and engineered a microfluidic device to capture aged yeast cells. He discovered that as yeast age, they become deficient in iron prosthetic groups needed for aerobic metabolism and DNA replication fidelity. His were the first studies to implicate iron metabolism in aging. Interestingly, since then, human genome-wide association studies have similarly identified iron metabolism as a significant genetic pathway contributing to human aging.